Chef Michael Robbins will open the doors to his first restaurant, AnnaLena, on Friday, March 13th. Previously the chef of The Oakwood Canadian Bistro, Robbins has built a reputation for his obsession with craft and flavour, skillfully cooking food that is both satisfying and spectacular. To open his new 65-seat eatery, Robbins has joined forces with former Oakwood colleague Jeff Parr, an industry veteran adept at overseeing the floor in some of Vancouver’s busiest and best-known rooms. 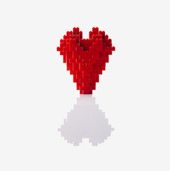 Named to honour Robbins’ two grandmothers for what they represent in his life, AnnaLena is about imagination, creativity and possibility. An artist, designer and fashion-lover, Robbins has created his own vision and artistic expression for the restaurant near Kits beach, and plans to stay true to his favourite food genre: modern Canadian cuisine. Described by Robbins as “food influenced by a melting-pot of cultures, flavour profiles and techniques, and one that uses largely Canadian ingredients.”

Robbins and Parr took over the restaurant in early February and have been renovating the West 1st space to align with the artistic and culinary vision of Chef Robbins. Don’t miss original art by Robbins including “Bear Bricks,” LEGO lamps and designs, the “Tetris” bar, and works from local photographer, Allison Kuhl. Personal touches are found throughout the thoughtful dining room and kitchen that provide insight into Robbin’s passions and vast imagination.

Visit the website for more information on Robbins, Parr and the dinner menu.  AnnaLena will be opening for brunch in a few months.

This release was provided by Colley Communications