Of all the desserts I’ve ever tried, I truly can’t think of one that makes me weaker in the knees. Flavour-wise, it just couldn’t be more delicious. If you’re trying to impress your guests (or prove that vegan desserts are just as delicious as the conventional), make this!!! You will blow your guests away.

I first fell in love with Banoffee pie at Nutie on a recent trip to Sydney, Australia. Back home in Vancouver, I got another taste of this banana-toffee creation thanks to one of our amazing To Die For bakers, Andrea, who brought her creation into work one day. I was blown away and asked if she would ever consider sharing her incredible recipe because 1) I wanted it and 2) I knew you guys would love it! She so generously obliged and here it is! Thank you, Andrea!!!

This pie takes a while to make, but is so incredibly easy! No fancy skills required! The hardest part is waiting three hours while the condensed coconut milk cooks. I recommend starting first thing in the morning so it can boil while you do other things / get your day going. Hope you enjoy it as much as do! If you make it, tag us (@erinireland @fleurettevegan) — we’d love to see your creations. 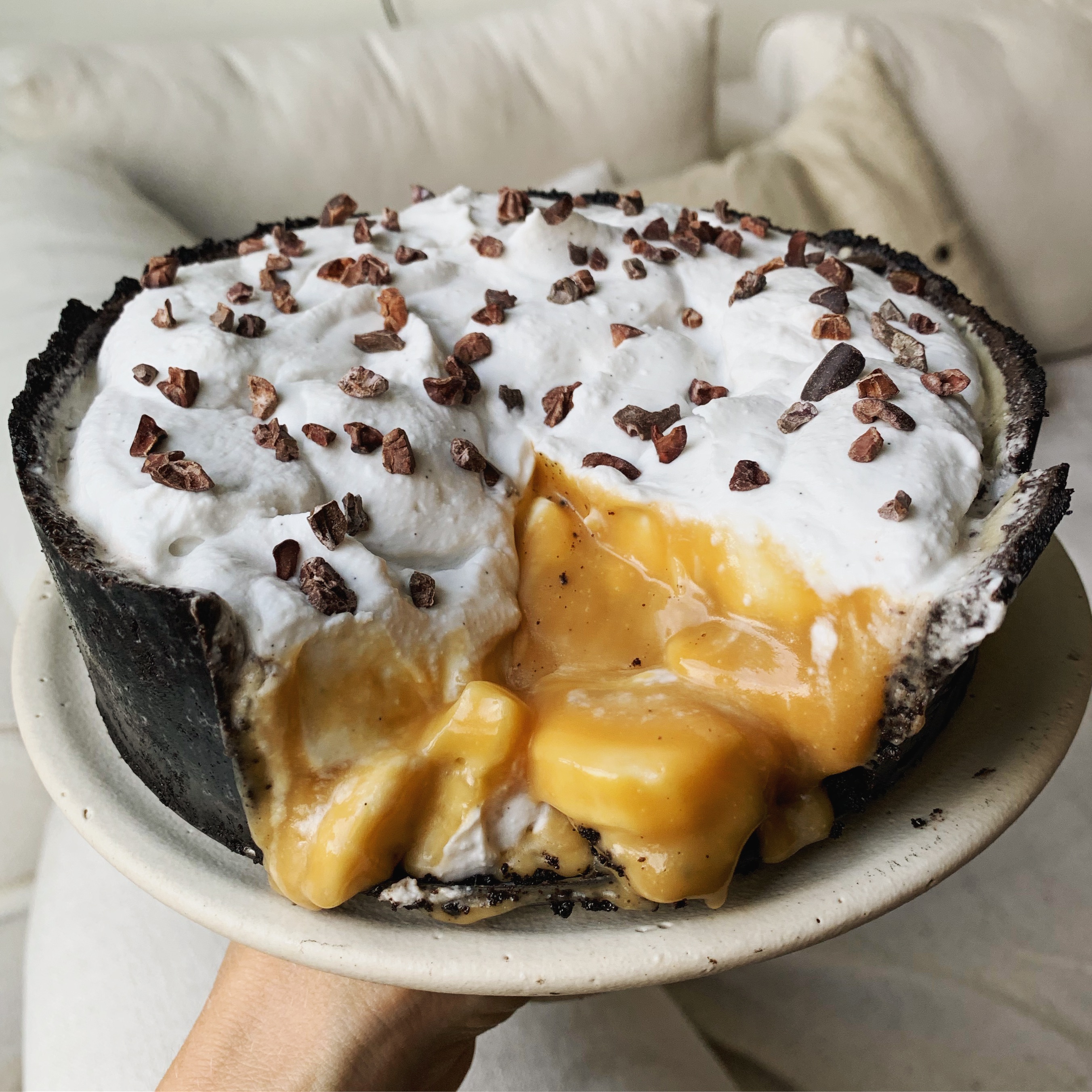