Sometimes, the first sign of a mediocre restaurant is a hyperbolic claim plastered on the front door: “best ______ in Vancouver!”

However, in the case of Vegan Pudding & Co., I’ve found every word of their marketing to be the delightfully true. Sora and Hiro, the Japanese husband-and-wife-team behind what they claim is the world’s only vegan custard pudding store, call their product “truly incredible”…it’s “rich like whole milk and smooth like raw silk”. I couldn’t create a more accurate description myself. Read the full article at metronews.ca here and scroll down for more on Vegan Pudding & Co. 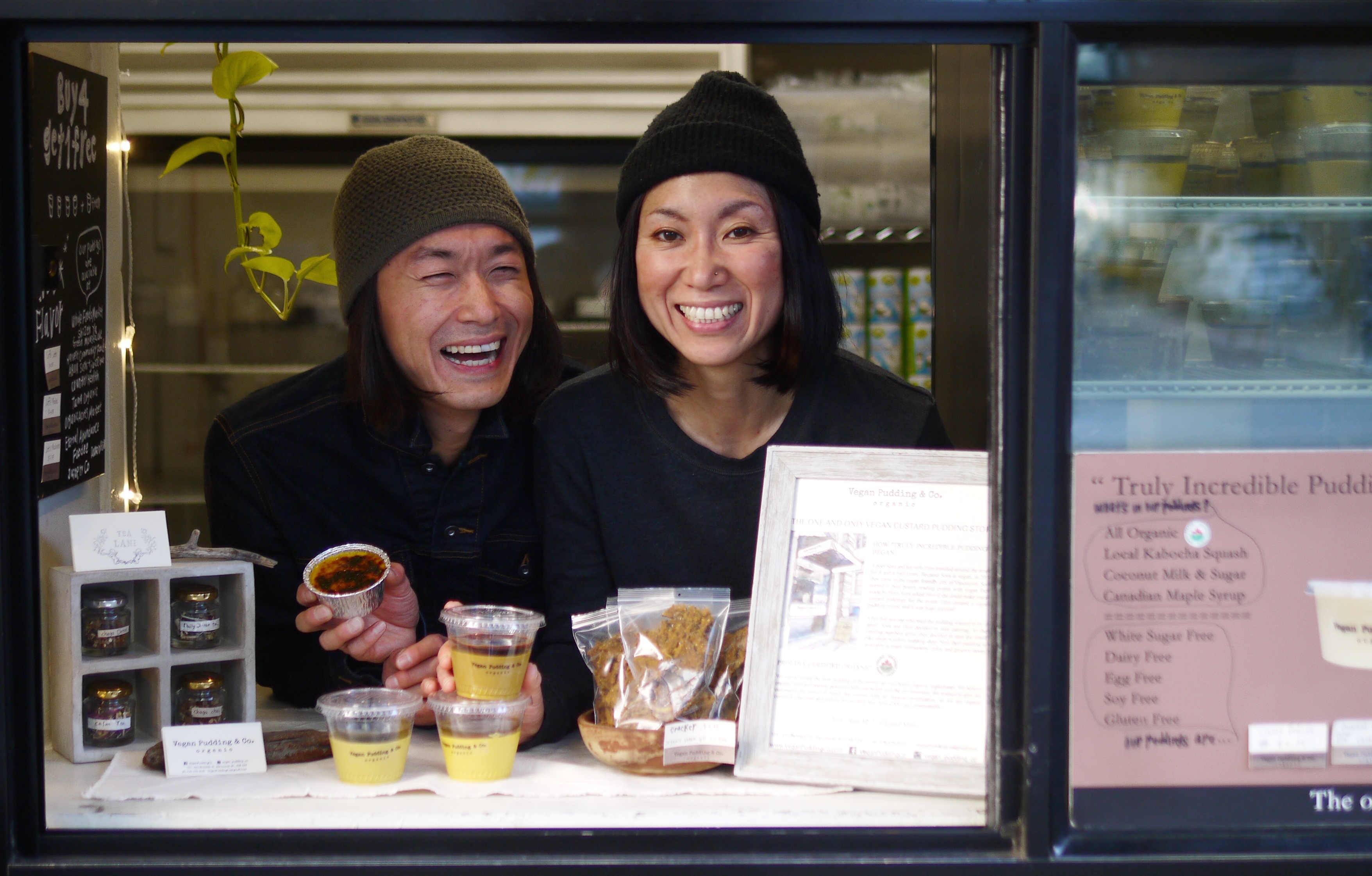 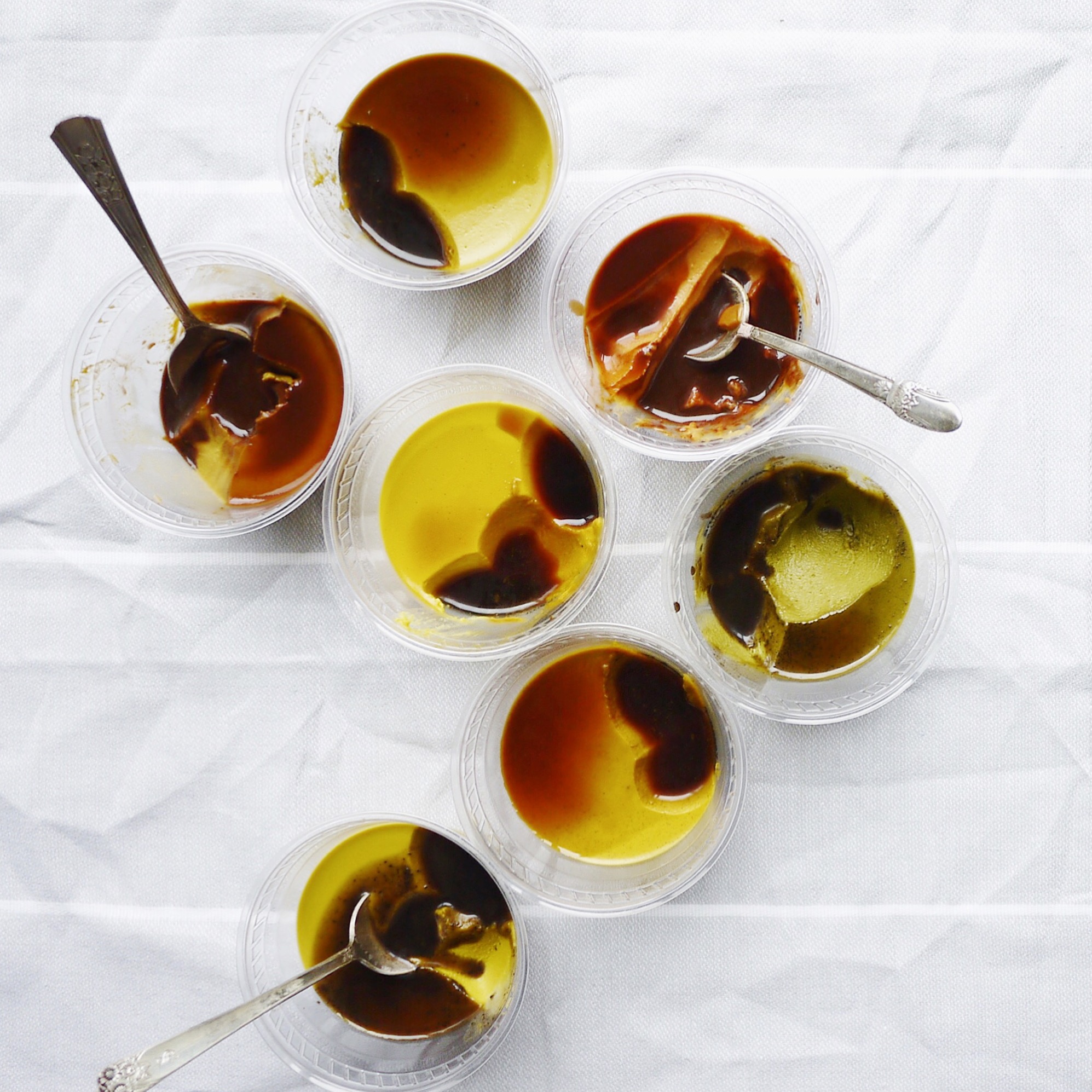 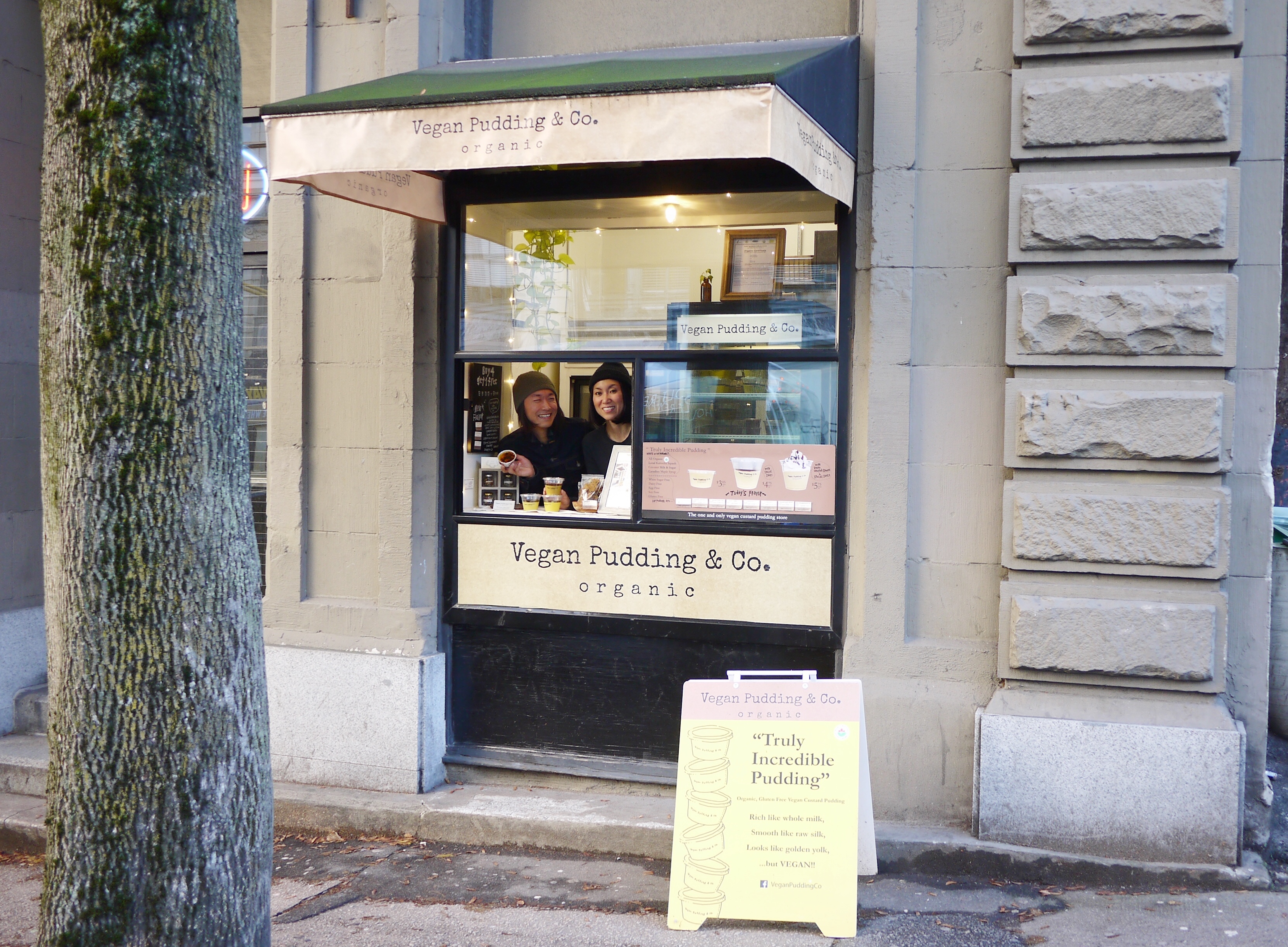 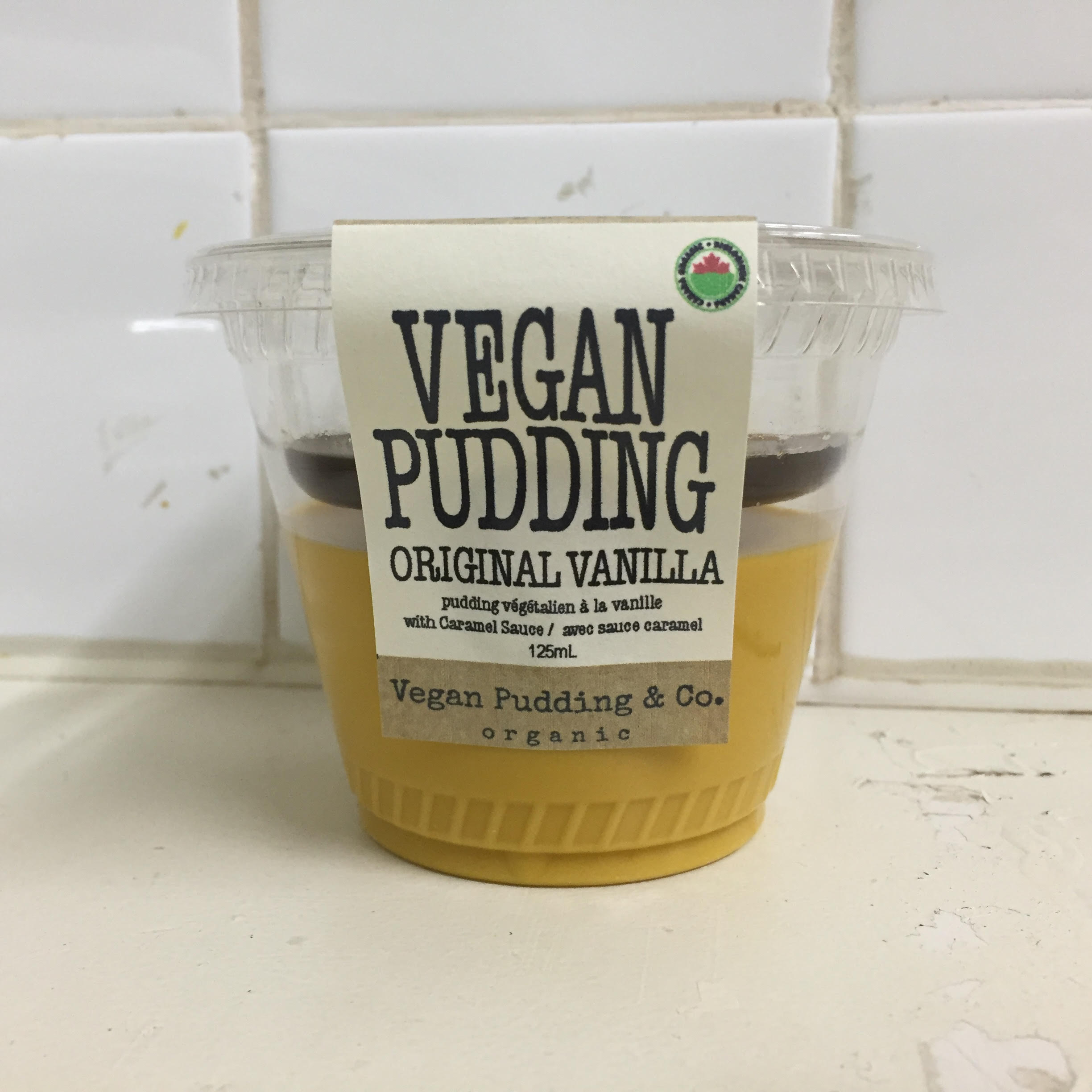 An Interview with Hiro and Sora, owners of Vegan Pudding & Co.

Q: How did you get started?

Sora says: My wife, Hiro, and I traveled around the world for four and a half years. Because I’m vegan, in 2011 we came to the vegan friendly city of Vancouver. I started to host poetry reading events with vegan food made by Hiro. I asked Hiro if she could make vegan custard puddings for the event. Hiro created a vegan pudding recipe and it was huge success! After that anyone who tried the pudding wanted to try it again. We decided to start catering. As the catering numbers grew, we decided to start the small take-away window pudding shop. Now our pudding is available at many restaurants, cafes, and grocery stores. I worked at Organic Lives, organic raw vegan restaurant, from 2011 to 2013. It was closed just 1 week after I got the permanent residency which they supported me. After that I started to work at Gorilla Food, organic raw vegan restaurant, but it was closed the end of last year. That’s why I decided to take the Gorilla Food preparation space and started Vegan Pudding & Co. the end of January 2015. Hiro worked at Heirloom restaurant for 2 years. “Go with the flow” led us here.

Q: Any “secret” preparation methods you can share with us?

Sora says: Organic kabocha squash skin is highly nutritious. So we use the skin for our puddings!

Q: How did you discover Kabocha would be so amazing in a pudding?!

Sora says: We’re the one and only vegan custard pudding store in the world!!

Q: Any company news you can share with us? What’s coming up?

Sora says: We just started to wholesale to Whole Foods Market (Cambie & Kitsilano location). So we’re focusing on wholesale. We also have vegan creme brûlée too. It’s new and becoming very popular! So we’re working on selling at some grocery stores. Some people have allergic to coconut, so we’ll invent the recipe of non-coconut pudding too!!