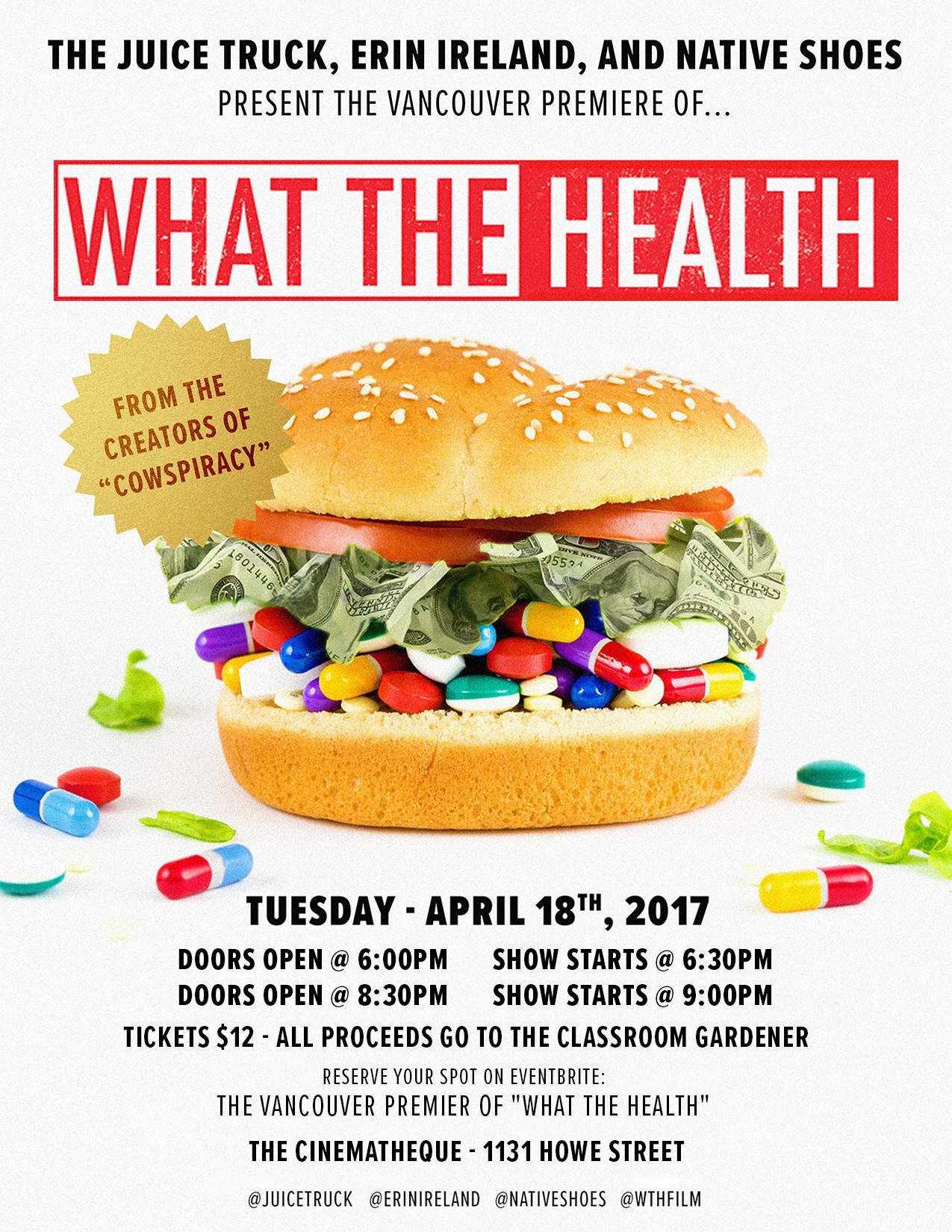 The next Mindful Movie Night is a very special one…so special, that we’ve rented out the 150-seater Cinematheque Theatre and are offering two showtimes.“What The Health” is a life-changing, eye-opening documentary. The first thing I thought after watching it was, “Everyone needs to see this.”

The event is also special because we’re teaming up with ‘beast free’ Native Shoes (who’ve been instrumental in putting this night together) and donating all ticket proceeds to a great cause, The Classroom Gardener. Scroll down for event details.

MORE ABOUT THE DOCUMENTARY

“What the Health is the groundbreaking follow-up film from the creators of the award winning documentary Cowspiracy. The film follows intrepid filmmaker Kip Andersen as he uncovers the secret to preventing and even reversing chronic diseases – and investigates why the nation’s leading health organizations don’t want us to know about it. With heart disease and cancer the leading causes of death in America, and diabetes at an all-time high, the film reveals possibly the largest health cover-up of our time. With the help of medical doctors, researchers, and consumer advocates, What the Health exposes the collusion and corruption in government and big business that is costing us trillions of healthcare dollars, and keeping us sick.

Join Kip as he tracks down the leading and most trusted American health nonprofits to find out why these groups are staying silent, despite a growing body of evidence. Audiences will be shocked to learn the insidious roles played by pharmaceutical companies, agribusiness, and processed animal food companies in the nation’s health, especially in the most vulnerable communities, and will cheer at the transformation and recovery of those who took their lives into their own hands.

What The Health is a surprising, and at times hilarious, investigative documentary that will be an eye-opener for everyone concerned about our nation’s health and how big business influences it.” – whatthehealthfilm.com 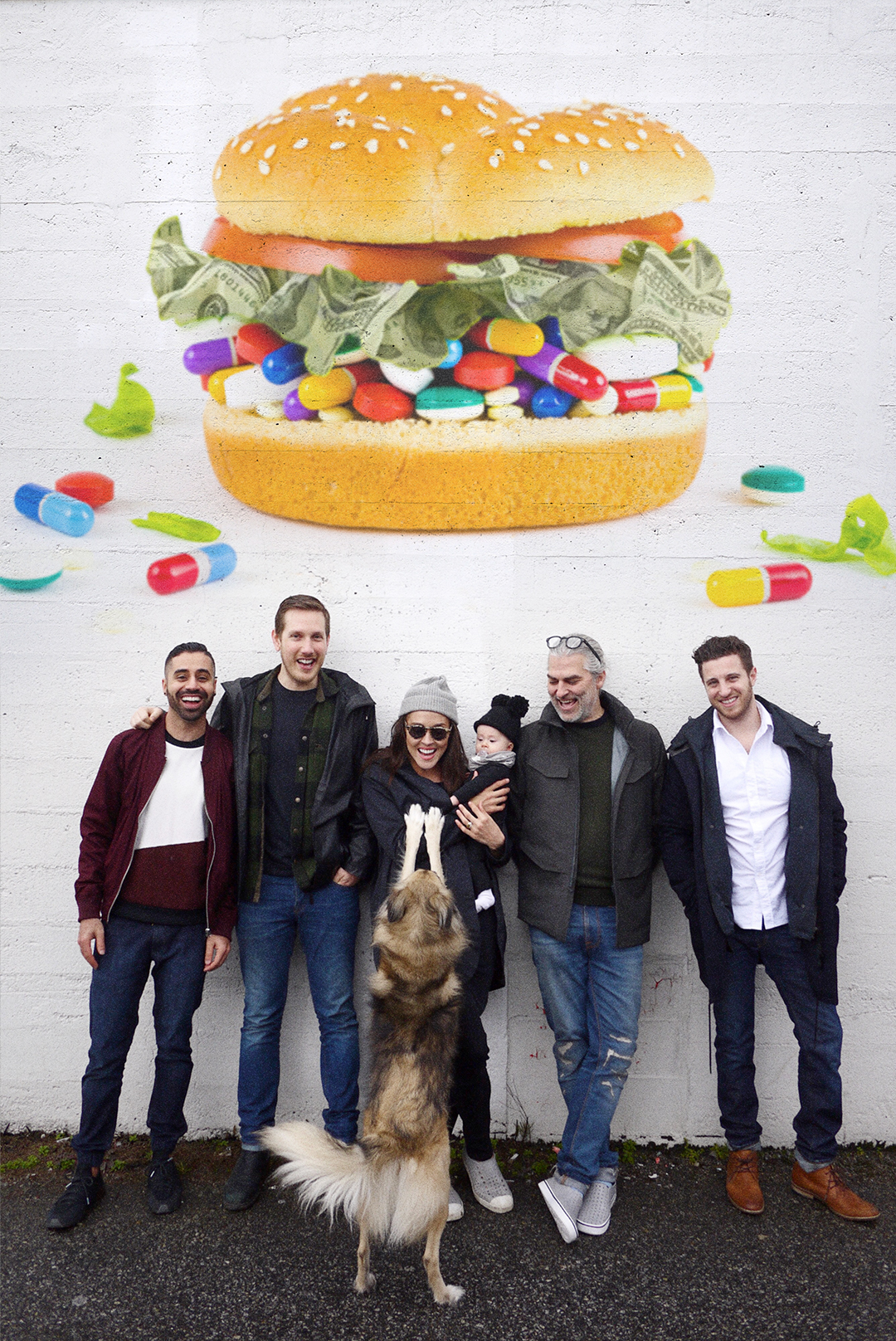